What's on your mind?

Hi,I'm new here. I see that this wiki is under construction and I really don't understand why. I hope it's finished soon as I wished to introduce some new webcomics here which I'm sure a number of you will find interesting.

As of today I've been able to get the template working for the images parameter, which will now categorize pages using invalid images into Category:Articles without images. However, this categorization will not work on any pages not in the main namespace, so draft articles should not be affected.

Should we continue implementing automatic categorization, or should we leave off (for now)?

Note: This thread is a duplicate of a Discussion made for clarity. I was unaware that wikitext did not work on the new Discussion module.

Recently I've been toying with the idea of having our web comic articles (which use [[Template:Infobox webcomic]]) pages automatically categorized based on how the web comic template is used. I drew inspiration from the "category magic" of Atomic Robo Wiki's ([[atomicrobo:Template:Comic_template|comic template]] as well as Marvel Wiki's ([[marvel:Marvel_Database:Comic_Template#Category Magic|comic template]]).

As of today I've been able to get the template working for [[User:Ironwestie/Testing#Articles_without_images_parsing|the images parameter]], which will now categorize pages using invalid images into [[:Category:Articles without images]]. However, this categorization will not work on any pages not in the main namespace, so [[Project:Drafts|draft articles]] should not be affected.

Should we continue implementing automatic categorization, or should we leave off (for now)?

Since the forum hasn't been used in a while, I thought that now would be a good time to start a discussion. This won't be so much about the wiki or its articles, but rather how the administration of the wiki might proceed in the future.

To preface this, I've been editing wikis for a few years now and I've been an administrator on a couple. The way I've been used to treating people as an admin (and having admins treat me) isn't necessarily the best way, but I think it works. I'm also not trying to attack Ineni because I have no reason to think he's anything but a passionate editor. This is mostly a thought-dump.

Anyway, I'd like to talk about the extent that the administration should have over what articles are created. IMO admins:

Again, I think Ineni has done a great job doing the above, but I also think it's worth discussing these points as well. I'd rather come out and say this now than have nothing be done. ~ironwestie (talk to me) 01:54, March 1, 2017 (UTC)

There was a comic about 2 male roomates. One was a Jewish mad scientist (who brought a slab of meat to life). The other was a gay Christian republican.

I think the comic was pulled offline for security issues.

Does anyone know the name or where I can find an archive or some format of the old comic strips? 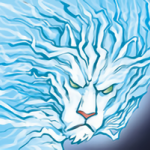 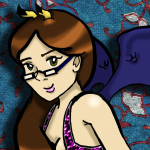